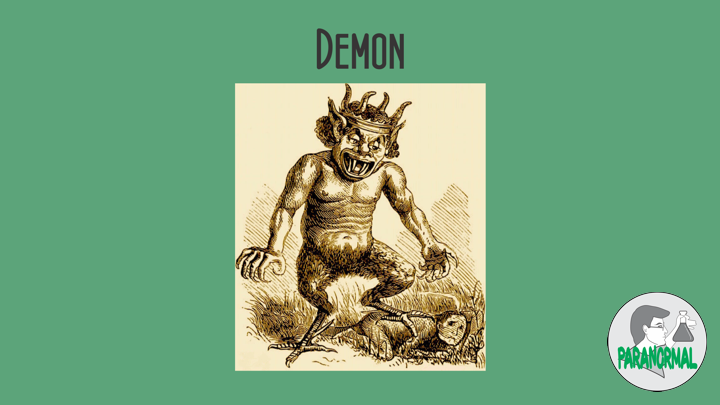 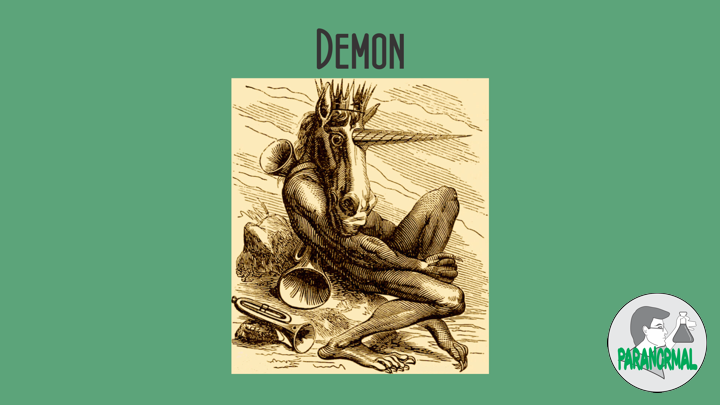 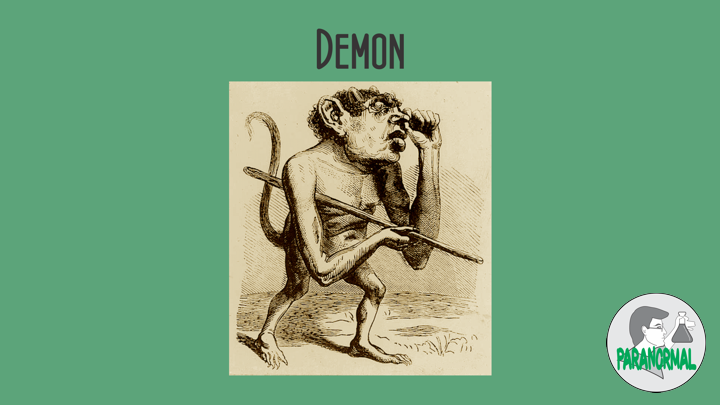 A demon is a supernatural being, typically associated with evil, prevalent historically in religion, occultism, literature. In Ancient Near Eastern religions and in the Abrahamic traditions, including ancient and medieval Christian demonology, a demon is considered a harmful spiritual entity which may cause demonic possession, calling for an exorcism.

In Western occultism and Renaissance magic, which grew out of an amalgamation of Greco-Roman magic, Jewish Aggadah and Christian demonology, a demon is believed to be a spiritual entity that may be conjured and controlled. The supposed existence of demons remains an important concept in many modern religions and occultist traditions. Demons are still feared largely due to their alleged power to possess living creatures. In the contemporary Western occultist tradition, a demon one may also regard it as an objectively real phenomenon.

The original Greek word daimon did not carry negative connotations. The Ancient Greek daimon denotes a spirit or divine power. The Greek conception of a daimon notably appears in the works of Plato, where it describes the divine inspiration of Socrates. In Christianity morally ambivalent daimons were replaced by demons, forces of evil only striving for corruption. Such demons are not the Greek intermediary spirits, but hostile entities.

By the early Roman Empire, cult statues were seen, by pagans and their Christian neighbors alike, as inhabited by the numinous presence of the gods: “Like pagans, Christians still sensed and saw the gods and their power, and as something, they had to assume, lay behind it, by an easy traditional shift of opinion they turned these pagan daimones into malevolent ‘demons’, the troupe of Satan. Both deities and demons can act as intermediaries to deliver messages to humans.

Demons in this culture appeared to be subordinative and related to a specific deity, yet they may have occasionally acted independently of the divine will. The existence of demons can be related to the realm of chaos, beyond the created world. But even this negative connotation cannot be denied in light of the magical texts. The role of demons in relation to the human world remains ambivalent and largely depends on context.

The believed that the underworld was home to many demons. These demons could sometimes leave the underworld and terrorize mortals on earth. Demons supposedly entered the body and caused the disease while overwhelming or “seizing” the victim. To cure such diseases, it was necessary to draw out the evil demons by certain incantations and talismanic performances, at which the Essenes excelled.

In demons had a real existence they were not metaphors expressing the absence of good nor are they fallen angels, that means they are not originally good, but entities purely evil. The demons ultimately failed their attack and ended up imprisoned in the structures and matter of the contemporary world. Lacking virtues and being in constant conflict with both the divine creatures and themselves, they are inferior to the divine entities and overcome by the divine beings at the end of time. They are not sophisticated or inventive creatures, but only driven by their urges. Demons remains abstract and is closely linked to ethical aspects of evil that many of them appear as personified evil qualities such as greed, wrath, envy and grief.

While daimons were considered as both potentially benevolent or malevolent that daimons are exclusively evil entities, supporting the later idea of evil demons. Increasing corruption and evil within the soul, the more estranged the soul gets from God. He explains demons are deficiant creatures, who willingly turn themselves towards the unreal and non-existence. Their dangerous nature results not from power of their nature, but from their tendency to drag others into the “void” and the unreal, away from God.

Sigmund Freud developed this idea and claimed that the concept of demons was derived from the important relation of the living to the dead: “The fact that demons are always regarded as the spirits of those who have died recently shows better than anything the influence of mourning on the origin of the belief in demons.”.