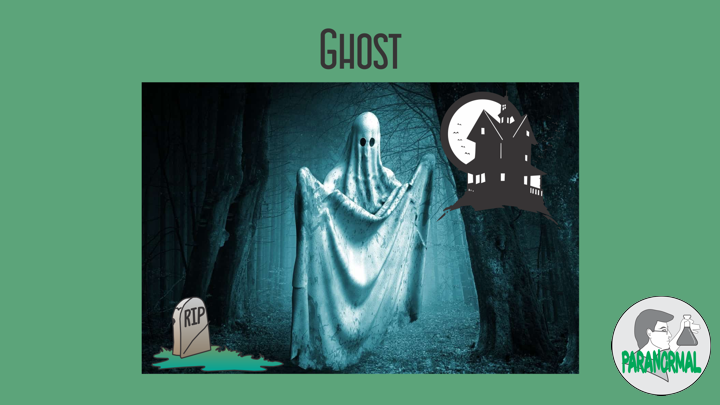 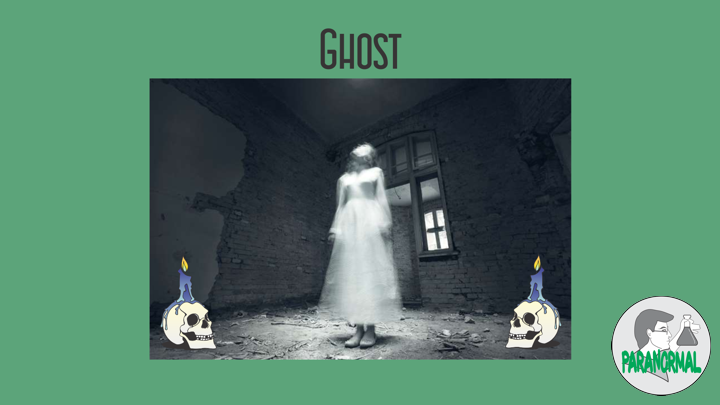 A ghost is the soul or spirit of a dead person or animal that can appear to the living. If you believe in ghosts, you’re not alone. Cultures all around the world believe in spirits that survive death to live in another realm. In fact, ghosts are among the most widely believed of paranormal phenomenon, millions of people are interested in ghosts, and thousands ghost stories. If ghosts are real, and are some sort of as-yet-unknown energy or entity, then their existence will be discovered and verified by scientists through controlled experiments.

Belief in ghosts is part of a larger web of related paranormal beliefs, including near-death experience, life after death, and spirit communication. That vague criteria for ghostly happenings is part of the reason why myths about the afterlife are more alive than ever. One difficulty in scientifically evaluating ghosts is that a surprisingly wide variety of phenomena are attributed to ghosts, from a door closing on its own, to missing keys, to a cold area in a hallway, to a vision of a dead relative.

A shadowy figure rushed through the door. But he still remembers the experience vividly. He researched what was happening to him. And he learned that science had a name for it, sleep paralysis. This condition leaves someone feeling awake but paralyzed, or frozen in place. He can’t move or speak or breathe deeply. He may also see, hear or feel figures or creatures that aren’t really there. This is called a hallucination. Sleep paralysis happens when the brain messes up the process of falling asleep or waking. Usually, you only start dreaming after you’re fully asleep. And you stop dreaming before you waken. He thinks that just about everyone has such experiences. Most of us just ignore them. But some may turn to ghosts as the explanation.

When people sense ghosts, they’re often alone, in the dark and scared. If it’s dark, your brain can’t get much visual information from the world. It has to create more of your reality for you. Some people are more likely to become absorbed than others. And these people also report higher levels of paranormal beliefs in ghosts. Recent research has indicated that ghost sightings may be related to degenerative brain diseases such as Alzheimer’s disease. Common prescription medication and over-the-counter drugs may also, in rare instances, cause ghost-like hallucinations, particularly zolpidem and diphenhydramine. Older reports linked carbon monoxide poisoning to ghost-like hallucinations.

In many cultures, malignant, restless ghosts are distinguished from the more benign spirits involved in ancestor worship. Ancestor worship typically involves rites intended to prevent revenants, vengeful spirits of the dead, imagined as starving and envious of the living. Strategies for preventing revenants may either include sacrifice giving the dead food and drink to pacify them, or magical banishment of the deceased to force them not to return.

A place where ghosts are reported is described as haunted, and often seen as being inhabited by spirits of deceased who may have been former residents or were familiar with the property. Supernatural activity inside homes is said to be mainly associated with violent or tragic events in the building’s past such as murder, accidental death, or suicide—sometimes in the recent or ancient past. Many cultures and religions believe the essence of a being, such as the soul, continues to exist. Some religious views argue that the spirits of those who have died have not passed over and are trapped inside the property where their memories and energy are strong.

The fear of ghosts in many human cultures is based on beliefs that some ghosts may be malevolent towards people and dangerous. It is related to fear of the dark. It is often brought about by experiences in early childhood and causes sufferers to experience panic attacks. The fear of ghosts is widespread even in post-industrial societies. I am perfectly aware that the fear of ghosts is contrary to science, reason and religion. If I was sentenced to spend a night alone in a graveyard, I should already know that twigs would snap and the wind moan and that there would be half-seen movements in the darkness. And yet, after I had been frog-marched into the graveyard, I should feel a thrill of fear every time one of these things happened.

In many traditional accounts, ghosts are often thought to be deceased people looking for vengeance, or imprisoned on earth for bad things they did during life. The appearance of a ghost has often been regarded as an omen or portent of death. Seeing one’s own ghostly double is a related omen of death.