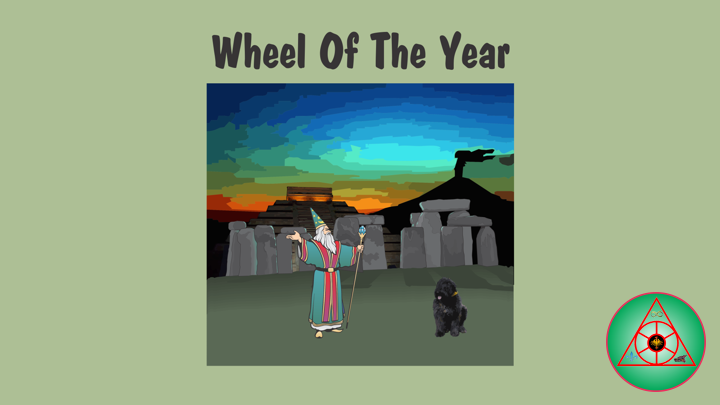 Wheel Of The Year

Because solstices and equinoxes are tied to exact astronomical moments, the holidays shift slightly from year-to-year. In the ancient Celtic culture, as in many of the past, time was seen as cyclical. The seasons changed, people died, but nothing was ever finally lost because everything returned again, in one way or another, in a repeating natural cycle. Although time in the modern world is usually regarded as linear, the cyclical nature of life continues to be recognized.

These eight festivals are designed to draw one’s attention to what one has gained and lost in the cyclical turn of the year. As in the ancient Egyptian civilization and others, the Celts believed that ingratitude was a “gateway sin” which then led a person into the darkness of bitterness, pride, resentment, and self-pity. By pausing to reflect upon gratitude for what one had been given in a year, as well as what one had lost but still cherished in memory, one maintained balance.

Offerings of food, drink, various objects, etc. have been central in ritual propitiation and veneration for millennia. Practice of grains, herbs, milk, wines, incense, baked goods, minerals, etc. The exception being with ritual feasts including meat, where the inedible parts of the animal are often burned as offerings while the community eats the rest. The purpose of offering is to benefit the venerated, show gratitude, and give something back, strengthening the bonds between humans and divine and between members of a community.