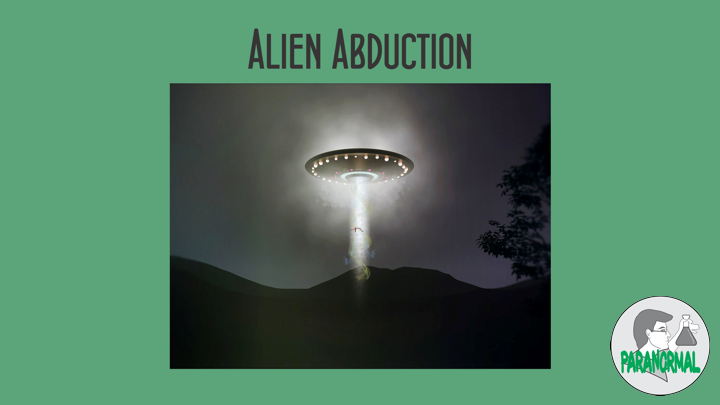 Alien abduction refers to the phenomenon of people reporting what they believe to be the real experience of being kidnapped by extraterrestrial beings and subjected to physical and psychological experimentation. Alien abduction are people who have claimed to have been abducted by aliens. Abduction describes claims of non-human creatures kidnapping individuals and temporarily removing them from familiar terrestrial surroundings. Interpreted as being extraterrestrial life forms, are said to subject experiencers to a forced medical examination that emphasizes the alleged experiencer’s reproductive system.

Invasive physiological and psychological procedures, and on occasion simulated behavioral situations, training & testing, or sexual liaisons. Abductees often rapidly forget the majority of their experience, either as a result of fear, medical intervention, or both. The abductees are returned to earth, occasionally in a different location from where they were allegedly taken or with new injuries or disheveled clothing. The abductee must cope with the psychological, physical, and social effects of the experience.

These abductions are real, and they are occurring worldwide. In short, alien visitors have been picking up and examining humans from all over the planet. All indications are that the number of people being picked up is in the millions worldwide. The patterns exhibited and the procedures performed are in many cases exactly like the ones we use to study wildlife and animals on our planet. However, in this case, what complicates matters is the high level of our alien visitor’s technology. Their technology is so far advanced that it causes problems when trying to document and understand exactly what is going on.

People have described bizarre extraterrestrial encounters that take place in a dreamlike state. I was blinded by a very bright light, like from a searchlight. My vision was gone, and I felt dizzy and light. Abductees that he dreamed he was lying in his bed when he felt as though he were being dragged somewhere, ending up in a room with a white silhouette that reached into his chest and started doing something inside with tools.

In response to a new psychological study of persons who believe they have been abducted by space aliens that found that sleep paralysis, a history of being hypnotized, and preoccupation with the paranormal and extraterrestrial were predisposing experiences, He noted that many of the frequently reported particulars of the abduction experience bear more than a passing resemblance to medical-surgical procedures and propose that experience with these may also be contributory. There is the altered state of consciousness, uniformly colored figures with prominent eyes, in a high-tech room under a round bright saucerlike object; there is nakedness, pain and a loss of control while the body’s boundaries are being probed; and yet the figures are thought benevolent.

A sensed presence, vague gibberish spoken in one’s ear, shadowy creatures moving about the room, a strange immobility, a crushing pressure and painful sensations in various parts of the body, these are compatible not just with an assault by a primitive demon but also with probing by alien experimenters, and the sensations of floating and flying account for the reports of levitation and transport to alien vessels. In recent years there has been a huge increase in the number of people who insist that they have been kidnapped by alien creatures from outer space, perhaps subjected to medical experiments and then released again.