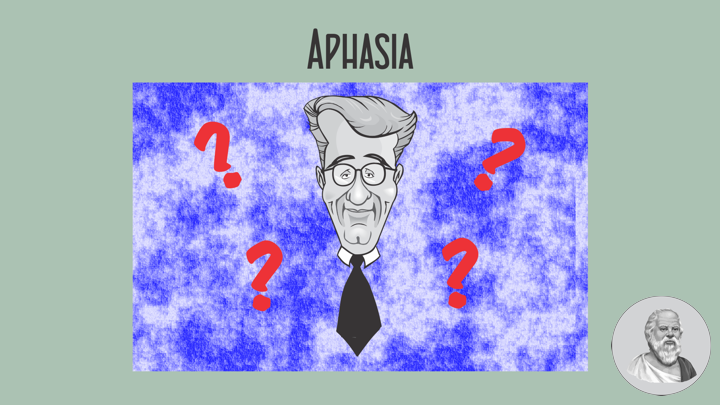 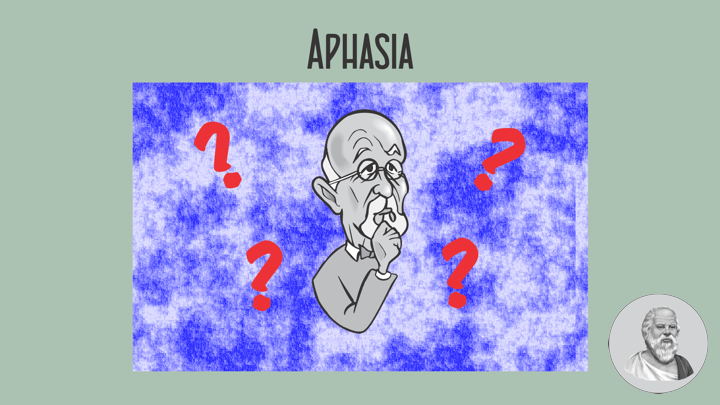 Aphasia is a communication impairment that affects all aspects of language, including speaking, understanding speech, reading, and writing. Imagine going to a foreign country where you do not speak the language, or you only remember a few words from your high school or college language course. You would have difficulty saying what you mean, understanding what others were saying to you, reading the language, and writing things down. This provides a little insight into what it might be like to have aphasia.

Aphasia is caused by a brain injury, typically due to stroke, traumatic brain injury, or some other illness. Depending on the exact location of the brain injury, aphasia can manifest itself in many different ways. Some people with aphasia have more difficulty understanding what is said to them and reading than they do speaking. Other people with aphasia have more difficulty saying what they want to say but understand much of what is said to them. Sometimes aphasia is more severe and affects understanding, speaking, reading and writing quite broadly.

Aphasia is usually caused by a stroke or brain injury with damage to one or more parts of the brain that deal with language. According to the National Aphasia Association, about 25% to 40% of people who survive a stroke get aphasia.

Aphasia may also be caused by a brain tumor, brain infection, or dementia such as Alzheimer’s disease. In some cases, aphasia is a symptom of epilepsy or other neurological disorder.

What Are the Types of Aphasia?

I am been working on invention, innovation, expert, and consultant. Aphasia is a condition that robs you of the ability to communicate. It can affect your ability to speak. Aphasia typically occurs suddenly after a stroke or a head injury. He is stroke on September 2013. I could ever have a 2013-2016 is aphasia can understand language, but can’t speak. Although has this problem he has been working with various electronic projects, 3D animation, photography, video, art, jewelry, painting, digital prints, food, drink since then.

As a result of this activity, the reader will be able to (1) situate the work of aphasia centers within an outcome-driven framework for intervention that is grounded in the World Health Organization’s International Classification of Functioning, Disability and Health; (2) use key Living with Aphasia: Framework for Outcome Measurement (A-FROM) principles to broaden thinking about intervention and outcome; and (3) adapt illustrative A-FROM examples to his or her own setting.

Aphasia centers are in an excellent position to contribute to the broad definition of health by the World Health Organization: the ability to live life to its full potential. An expansion of this definition by the World Health Organization International Classification of Functioning, Disability and Health (ICF) forms the basis for a user-friendly and ICF-compatible framework for planning interventions that ensure maximum real-life outcome and impact for people with aphasia and their families. This article describes Living with Aphasia: Framework for Outcome Measurement and its practical application to aphasia centers in the areas of direct service, outcome measurement, and advocacy and awareness. Examples will be drawn from the Aphasia Institute in Toronto. A case will be made for all aphasia centers to use the ICF or an adaptation of it to further the work of this sector and strengthen its credibility.

Alexandra Carling-Rowland, Ph.D., developed and tested CACE, a communicatively accessible capacity evaluation process to help health care professionals determine whether or not people living with communication barriers have the capacity to decide where they shall live. CACE is designed to be used with individuals who need help to understand information and to express themselves. CACE can be used with people living with aphasia, speech disorders or hearing loss and with those who speak English as an acquired language.

The Aphasia Institute has partnered with Alexandra to publish CACE. We strongly recommend you watch the CACE training video and read the manual before you first administer CACE.

Our goal is to provide a free, user-friendly tool for researchers, clinicians, administrators and policy-makers looking for publications relevant to the real-life issues faced by individuals and families living with aphasia.

Developed with funding from the Ontario Ministry of Health and Long-Term Care, via the Ontario Stroke Network, the Communicative Access Measures for Stroke (CAMS) is a set of simple and practical measures, which may be useful in developing heath equity plans, accreditation planning, service quality improvement initiatives and continuing education needs assessments related to stroke care in various healthcare settings. The measures include three questionnaires for evaluating status and satisfaction with communicative access in stroke care:

Assessment for Living With Aphasia (ALA)

Developed with funding from the Ontario Ministry of Health and Long-Term Care, via the Ontario Stroke Network, this comprehensive assessment package provides tools to better assess the impact of aphasia and identify the factors that affect the quality of life and exacerbate or reduce disability.

Benefits of the Assessment

When communicating with a person with aphasia, keep some of the following materials on hand to help enable conversation and comprehension:

How to Use Communication Techniques

Those with severe aphasia will likely need more extensive support to absorb messages both in and out so use as many communication techniques that appear to be helping.