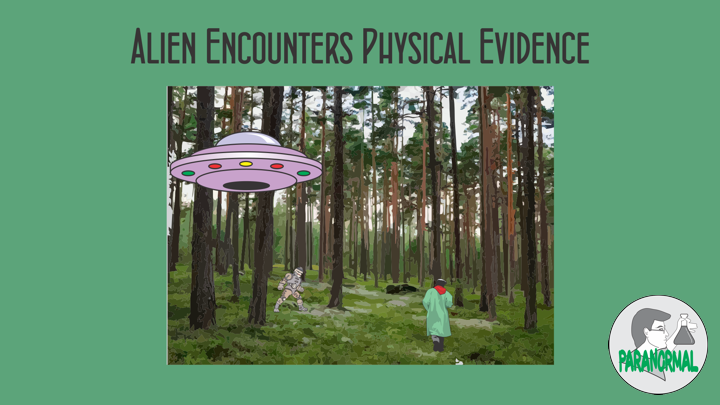 Skeptics, disbelievers, and debunkers like to say that there is no evidence to support the theory that alien creatures have visited the planet. They ignore, reject, or are unaware that the government files do contain examples of physical evidence that has been recovered.

The witness in this case, whose name was redacted in the government files. In September 1964 headed into the mountains in area of California to do some deer hunting with bow and arrow. They set up camp and then split up to go out on their own. Following a ridge line, lost his way. He realized that he would not be able to find his way back to the camp that night and decided to remain where he was.

Like many hunters who have found themselves alone in the wilderness at night, he decided that he would sleep in a tree. It raised him off the ground where the animals of the night scurried and slithered. Sitting in the tree, he noticed a white light that seemed to hover below the horizon, but in the distance. Believing it was a searchlight from a helicopter, possibly flown by rescuers or rangers. Standing among the fires, he hoped to draw the attention of whoever was piloting the aircraft, and apparently he was successful. The light turned and began flying toward him. Only after it neared did he realize that the light was not making a sound.

As light hovered between two trees some fifty or sixty yards away, realized that it was too small to be a helicopter. He could see three glowing, rectangular panels set on the vertical in a stepping-down pattern. The lights seemed to circle around until they were no more than fifty feet away. He realized that it was a UFO, threw his bow back up into the tree, and scrambled up after it. According to something came out of the second, and all I could see was a kind of flash. Something went straight down the hill pretty fast. It fell down the hill, landing on a bush. Believed that whatever had fallen was now on the ground, down the hill a short distance from him.

There was a scrambling sound, a crashing that came from the bushes, and a humanoid figure emerged from the darkness. It wore a light-colored, silver or whitish uniform with bellows at the elbows and knees. The eyes were large and dark and looked like welder’s goggles. It appeared to be doing something on the ground, and before long was joined by a second, similar creature. The two entities worked their way toward the tree and were soon standing at the base, looking up at him.

This alien was about five feet tall, just slightly taller than the humanoids that he had seen earlier at the base of his tree. The metallic being, a robot of some kind, joined the two humanoids at the base of the tree and stood staring. Eventually the robot walked over to one of the fires, swept an arm through it and then walked back to the humanoids. It put its hand to its mouth and a white vapor came out, drifting upward. He gasped for breath, and then momentarily lost consciousness, falling across his bow, which kept him in the tree.

This pattern went on for a period of time. The robotic creature would emit a mist; the witness would lose consciousness and then awaken to find the humanoids trying to climb the tree to reach him. He’d then shake the tree, and they’d get down. A second robot joined the group during the night, and just before dawn, stood face to face with the other robot. Arc flashes passed between them, lighting up the area. A fog was generated by the conversation, which rose slowly. Said he blacked out again and when he awakened, he was hanging by his belt but all the creatures, both metallic and humanoid, had disappeared. With the creatures gone, and no sign of the lights that seemed to have brought them.