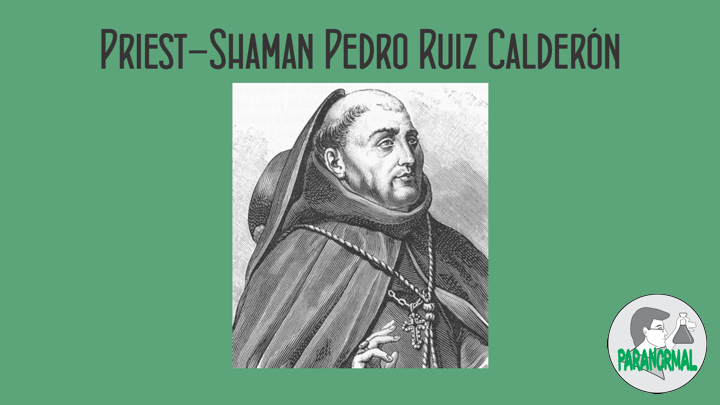 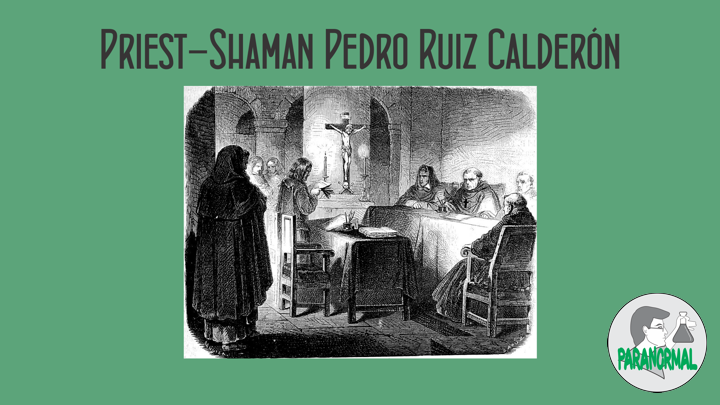 On January 30, 1540, in Mexico City, at a time when Spain was carving out an empire in the New World, an epic trial got under way.

Ruiz Calderón was a Catholic Priest that was said to be as powerful as the ancient Mexican priests. That he possessed the magical power of a Shaman who came from lessons acquired in Europe. According to legends, he had the gift of ubiquity and could teleport from Spain to Mexico and vice versa. Likewise, he had the ability to become invisible, he had a supreme ability to seduce women and do with them what they desire the lowest instincts of him. He expelled demons and could find hidden treasures. According to many, he dominated black magic and was endowed with a spiritual force much above the Evangelizer companions of him.

The case of Pedro Ruiz Calderón was denounced before the Holy Office of the Holy Inquisition by the secretary of him, a Miguel López de Legazpi. The Fray Juan de Zumárraga was the one who took the reins of the matter. Zumárraga, a very hated subject among Mexicans thanks to his series of barbaries against the indigenous people and by the idiot burning of very important Aztec books, was a Franciscan Fraile who, at Sacor, was the First Bishop of Mexico.

During the process, initiated in 1540, they left new and supposed prodigies made by the Priest-Shaman Ruiz, as stored in the minutes that are kept in the general archive of the nation. In the trial, Ruiz said he visited hell with several companions all of whom never returned, except for him. He lowered three thousand leagues and Satan himself gave him books, one of which was autographed by the Head of Satan; He taught him a cryptic language that only he could decipher, in addition to teaching him varied secrets of black magic and alchemy. No book, nor the volume signed by the devil was found after the confiscation of the goods of him. What if found was a manual to perform exorcisms, a guide to discover wonderful treasures and volume of natural magic and Cabalistics of Sobriquet Magnus, written by Albertus Magnus.

Some “Evidence”, as presented by Gil González de Benavides, supported the “Veracity” of the alleged magical faculties just for witnessing Ruiz’s skills to find treasures. For this activity, he used to charge good sums of money from people who hired him.

Given the severity of the case, it was thought that Zumárraga would punish him severely, since magic, especially black, was very repudiated by the Catholics of the time. However, Franciscan was very benevolent, almost scratching in doubt, with Ruiz Calderón who was simply exiled to Spain with the prohibition of celebrating Catholic trades for two years.

If Ruiz really was as powerful as he harangue, why did not he become invisible during the trial to escape? Or why did he not teleport to Spain? He did not know what was going to be the sentence of him, but it was legitimate to think that they were going to torture him and kill for walking talking about friendships with the devil.

What actually happens is that Ruiz did the same as many charlatans and today’s sect leaders, such as Reverend Cash Luna, to take money and earthly privileges. In the actors of the trial he was seated that Ruiz charged for each of the services provided.

The case of Ruiz Calderón can be archived as one of so many charlatans and fraudulent from different eras and places. Not only one, not even Ruiz, could show the powers he assured possessing.

The funny thing is to know why Zumárraga was so benevolent with Ruiz. It is likely that the Shaman would like to blackmail him with talking about the innumerable indigenous lovers and slaves that the Franciscan Friar returned Bishop had at the mercy of him. Perhaps they reached a mutual agreement, although this is nothing more than speculation.