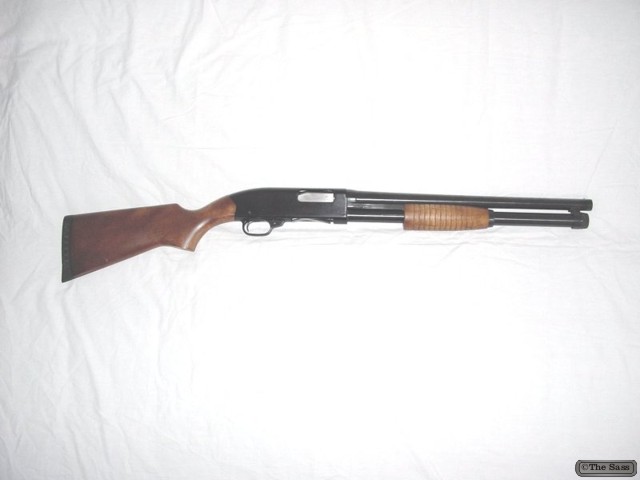 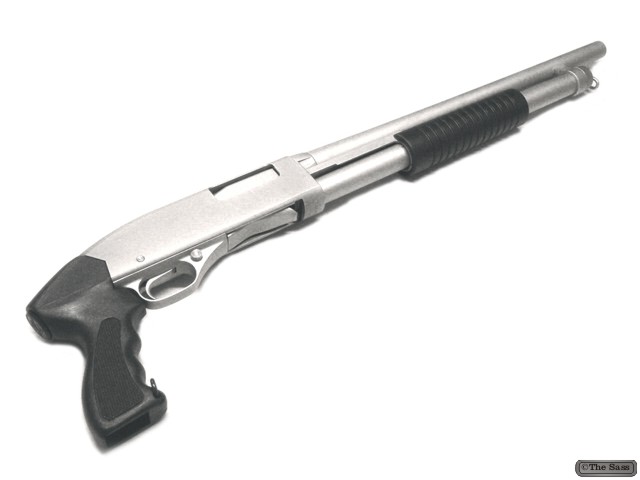 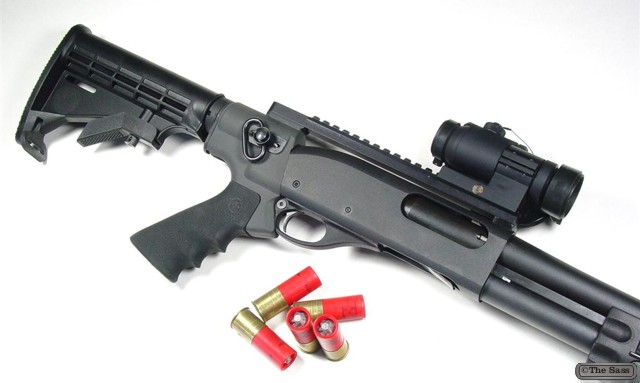 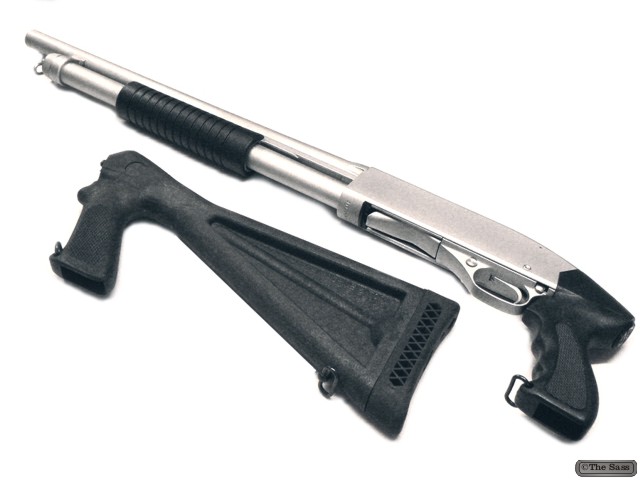 The Model 1200 pump-action shotguns that are manufactured by the Winchester-Western Division of Olin Corporation. It was produced in 12-, 16- and 20-gauge. The military version of the 1200 has the ability to have a bayonet fixed on the end of the barrel to be used in close quarter combat. It is a takedown type shotgun which means it has the capability of being taken apart for easy transportation and storage.

The Winchester Model 1200 was introduced in 1964 as a low-cost replacement for the venerable Model 12. A small number of these weapons were acquired by the United States Army in 1968 and 1969. The military style Model 1200 was essentially the same weapon as the civilian version, except it had a ventilated handguard, sling swivels, and a bayonet lug.

The Winchester Model 1200 came in barrel lengths of 30-inch, and 28-inch with a fixed choke or the Win-choke screw in choke tubes system and is a 12, 16, or 20-gauge, manually operated, slide action shotgun. The slide action, also known as a pump-action, means that the shotgun has a moving bolt system which is operated by a “wooden or composite slide called the fore-end”. The fore-end is located on the underside of the barrel and moves front to back. The weapon can hold a maximum of five rounds total with four in the tubular magazine and one in the chamber. It has a hammerless action which means that there is no external hammer spur. There is only a firing pin which strikes the primer on the shell to ignite the powder in the round. The Model 1200 is a takedown type of shotgun; it can be taken apart for easy storage and transportation.

The Model 1200 was the first shotgun to utilize a rotary bolt with four locking lugs secured within the barrel extension. The 1200 was Winchester’s first shotgun to incorporate the company’s patented Winchoke system, a quick change tube to allow the easy replacement of chokes.

A bayonet could be attached to the front end of the barrel of the Military version of the Model 1200. The primary uses of the bayonet on the model 1200 are for close combat, guarding prisoners, and riot duty. The most commonly used bayonet with the Model 1200 was the M1917 bayonet. After World War I ended, there was a large surplus of the M-1917 bayonets because the Army decided to keep the M1903 Springfield as the standard issued rifle. The M-1917 bayonet did not fit the Springfield rifles so instead of just getting rid of them, the Army decided to make newer shotguns compatible with the bayonets.

Posted in Ghosts From The Past, Gun