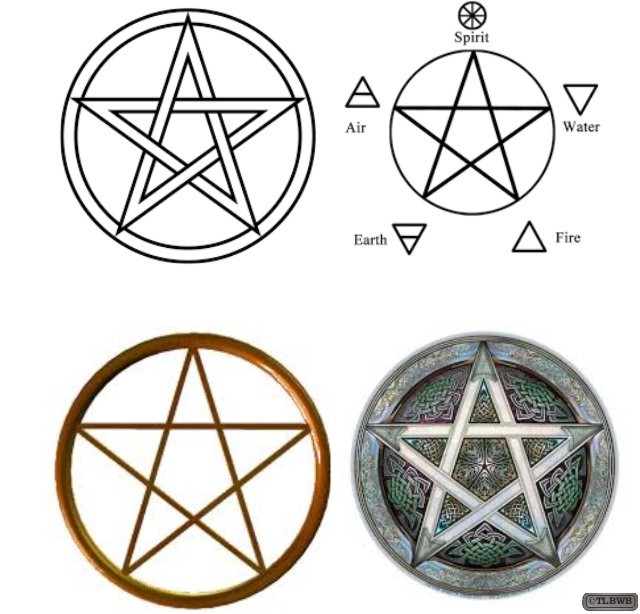 A pentacle is an amulet used in magical evocation, generally made of parchment, paper or metal (although it can be of other materials), on which the symbol of a spirit or energy being evoked is drawn. It is often worn around the neck, or placed within the triangle of evocation. Protective symbols may also be included (sometimes on the reverse), a common one being the five-point form of the Seal of Solomon, called a pentacle of Solomon or pentangle of Solomon. Many varieties of pentacle can be found in the grimoires of Solomonic magic; they are also used in some neopagan magical traditions, such as Wicca, alongside other magical tools.

The words pentacle and pentagram (a five-point unicursal star), which traces the etymology through both French and Italian back to Latin, but notes that in Middle French the word “pentacle” was used to refer to any talisman. In an extended use, many magical authors treat them as distinct. In many tarot decks and in some forms of modern witchcraft, pentacles often prominently incorporate a pentagram in their design.

There is a specific differentiation between pentacle and pentagram within Wicca and other neopagan traditions. Namely, a pentacle refers to a pentagram circumscribed by a circle. This form of pentacle is formed upon a disk which may be used either upon an altar or as a sacred space of its own. The pentacle is representative of the Earth in occult usage.

Pentacles, despite the sound of the word, often had no connotation of “five” in the old magical texts, but were, rather, magical talismans inscribed with any symbol or character. When they incorporated star-shaped figures, these were more often hexagrams than pentagrams.

The Pentagram means different things to different people. Some may argue as to what it represents, so if these words do not agree with you, do not get your panties in a knot. So here are several meanings of the pentagram and I am sure there are more that I have not covered.

The Pentagram right side up represents the Divine ruling over the world of matter. Let us not forget that it also represents the elements Spirit, Water, Air, Earth, and Fire as shown below. This is most commonly used pentagram by most people in Witchcraft. 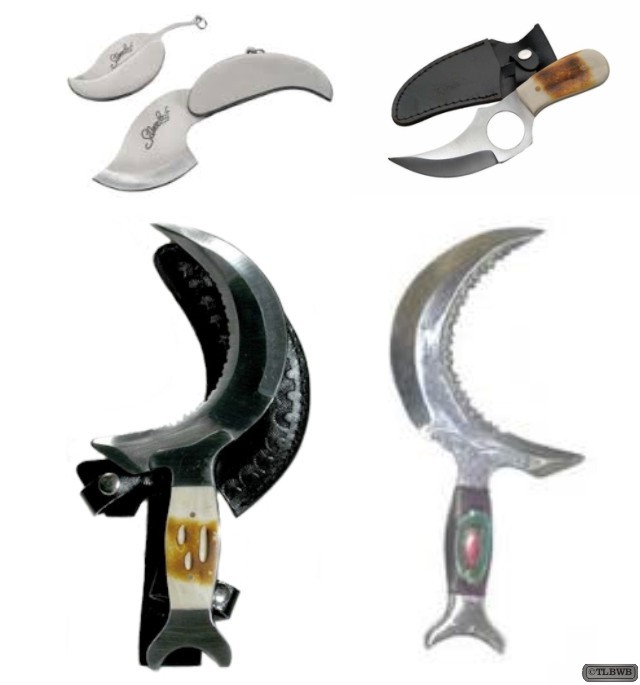 In Wicca the boline is a white-handled ritual knife, one of several magical tools used in Wicca, mainly for the cutting of herbs and inscribing candles.

Unlike the athame, which in most traditions is never used for actual physical cutting, the boline is used for cutting cords and herbs, carving candles, etc. It has a small, straight or crescent-shaped blade with traditionally, a white handle. A Boline is a tool with two purposes, the first is to aid in collecting ingredients. To this end is functions as shears with the additional benefit that it will harvest cobweb without turning it to string. A Boline can be used as a weapon with the same durability as an iron sword, but the damage of a wooden sword. It can be enchanted like an iron sword. The Boline is meant to be put to work and become an active part of your magickal practice.

You may wish to consecrate your boline before you use it for the first time. In many modern Pagan traditions, magical tools are consecrated before use. This achieves a couple of things — one, it purifies the item before it is used to interact with the Divine. Secondly, it removes any negative energies from the tool. This is particularly handy if you aren’t sure of a tool’s past history or who owned it before it came to you. This ritual is a simple one that can be used to consecrate any magical tools, clothing or jewelry, or even the altar itself. 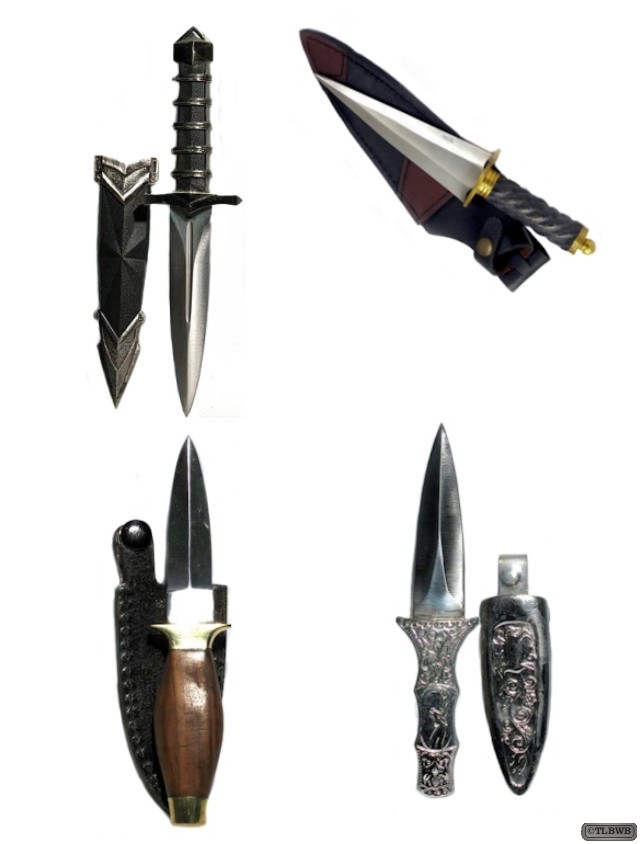 An Athame is a ceremonial dagger, with a double-edged blade and usually a black handle. It is the main ritual implement or magical tool among several used in the religion of Wicca, and is also used in various other neopagan witchcraft traditions. A black-handled knife called an arthame appears in certain versions of the Key of Solomon, a grimoire originating in the Middle Ages.

On the other hand, the athame stands as one of the four elemental tools in Wicca; traditionally standing for fire, as does the ritual sword. The other three elemental tools are the wand, the pentacle, and the cup or chalice. These four magical tools correspond to four ‘weapons’ of significance in Celtic myth – the sword, the spear, the shield, and the cauldron (and/or grail). The same four ritual tools also appear in the magical practices of the western hermetic tradition, derived from The Golden Dawn; and they appear in tarot decks as the four card suits: swords, cups, wands, and pentacles. The athame is an individual ritual tool, while the sword is more appropriate as a coven tool, or the personal tool of the high priest or high priestess. There are obvious risks associated with an entire group of people all wielding swords, while confined within a small ritual circle space nine feet in diameter; this safety factor, as well as ease of use, may explain why the emphasis within Wicca is more on each witch’s personal athame, rather than the ritual sword.

An athame can take many forms. It usually has a double-edged blade with a sharp point, and a handle which is often black. The athame’s primary use is to channel and direct psychic energy, generally conceived as etheric fire. The ritual drawing of the boundary of the Magic circle – also known as “casting the circle”. In most traditional covens, the athame is associated with the magical element of fire, so the circle is considered to be cast in etheric fire. When the circle is ritually purified after being cast, that is traditionally done with the remaining three elements – air (incense), water (salt-water), and earth (salt) – because the element of fire has already been imbued into the circle during the casting, by the use of the athame.