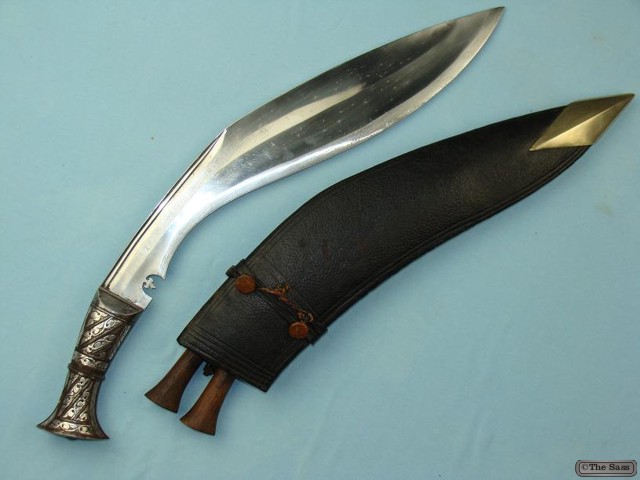 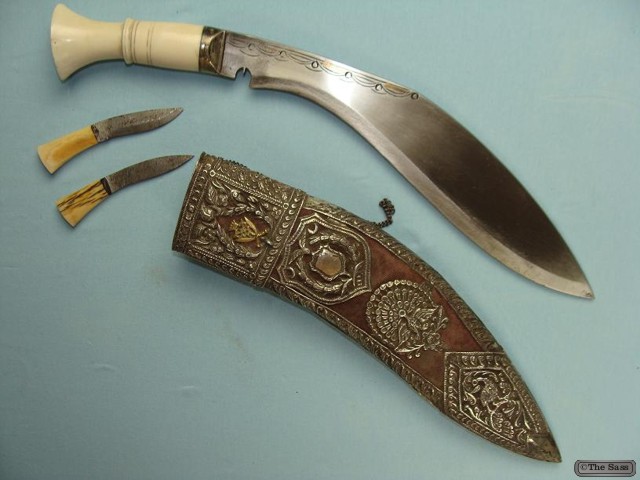 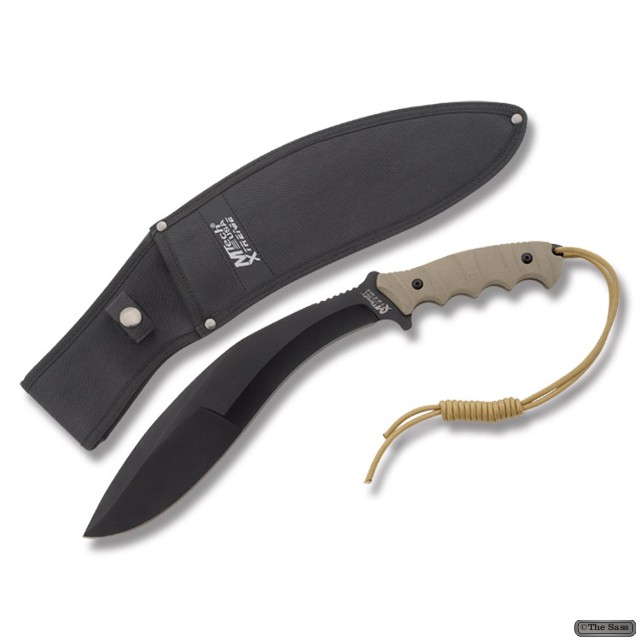 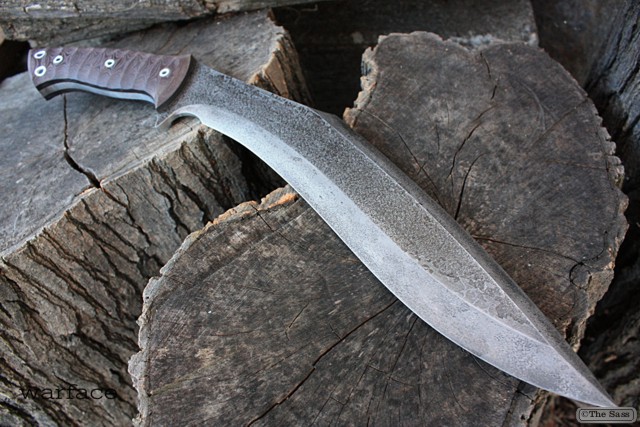 The kukri is a Nepalese knife with an inwardly curved blade, similar to a machete, used as both a tool and as a weapon in Nepal and some neighbouring countries of South Asia. Traditionally it was, and in many cases still is, the basic utility knife of the Nepalese people. It is a characteristic weapon of the Nepalese Army, the Royal Gurkha Rifles, Assam Rifles, Assam Regiment of Indian Army and of all Gurkha regiments throughout the world, so much so that some English-speakers refer to the weapon as a “Gurkha blade” or “Gurkha knife”. The kukri often appears in Nepalese heraldry and is used in many traditional rituals such as wedding ceremonies.

The Kami and Biswakarma castes are the traditional inheritors of the art of kukri-making. Modern kukri blades are often forged from spring steel, sometimes collected from recycled truck suspension units. The tang of the blade usually extends all the way through to the end of the handle; the small portion of the tang that projects through the end of the handle is hammered flat to secure the blade. Kukri blades have a hard, tempered edge and a softer spine. This enables them to maintain a sharp edge, yet tolerate impacts.

Kukri handles, usually made from hardwood or buffalo horn, are often fastened with a kind of tree sap called laha (also known as “Himalayan epoxy”). With a wood or horn handle, the tang may be heated and burned into the handle to ensure a tight fit, since only the section of handle which touches the blade is burned away. In more modern kukri, handles of cast aluminium or brass are press-fitted to the tang; as the hot metal cools it shrinks and hardens, locking onto the blade. Some kukri (such as the ones made by contractors for the modern Indian Army), have a very wide tang with handle slabs fastened on by two or more rivets, commonly called a full tang (panawal) configuration.

The kukri is effective as a chopping and slashing weapon. Because the blade bends towards the opponent, the user need not angle the wrist while executing a chopping motion. Unlike a straight-edged sword, the center of mass combined with the angle of the blade allow the kukri to slice as it chops. The edge slides across the target’s surface while the center of mass maintains momentum as the blade moving through the target’s cross-section. This gives the kukri a penetrative force disproportional to its length. The design enables the user to inflict deep wounds and to penetrate bone.

At the base of the blade is a notch called the cho. In addition to the cho’s symbolic meaning, it serves to stop blood from reaching the handle, which could make it slippery while preparing meat or use in combat. (This is not the reason for the cho’s existence. The blood from the wound inflicted would not just run along the sharpened edge, but along the flat sides as well. It is more likely that the cho also creates a “stop” point for sharpening.) In India the kukri sometimes incorporates a Mughal-style hilt in the fashion of the talwar but the plainer traditional form is preferred in Nepal. 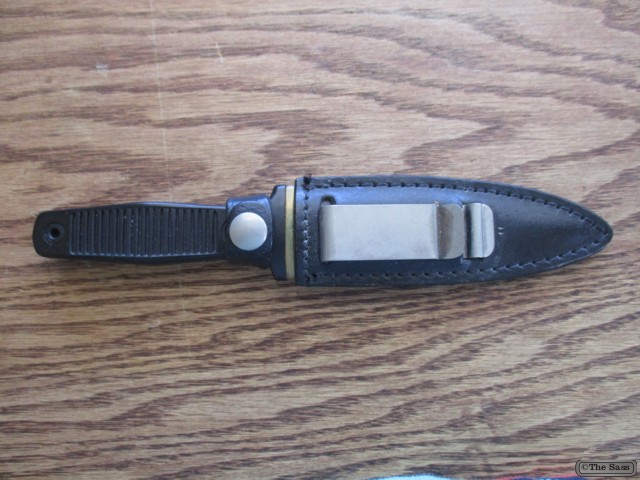 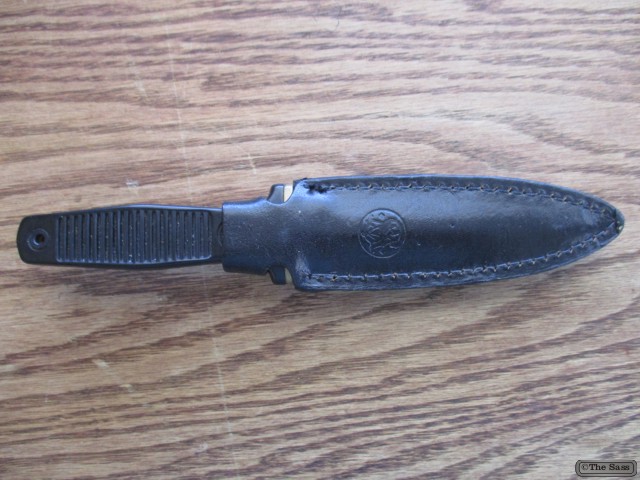 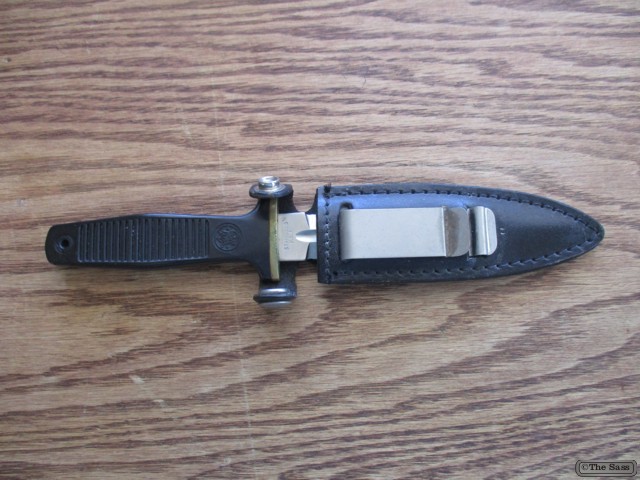 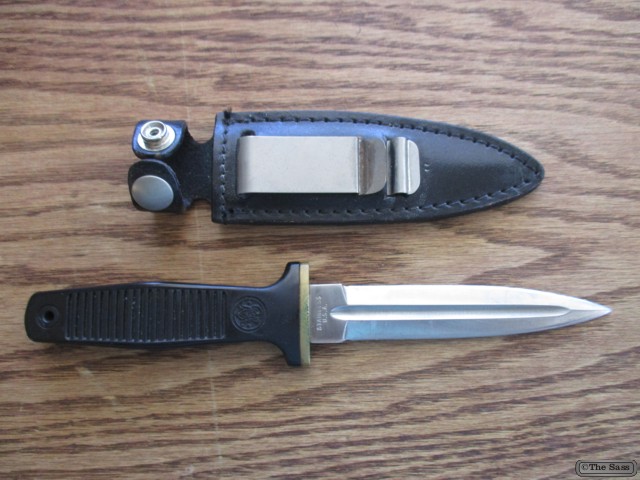 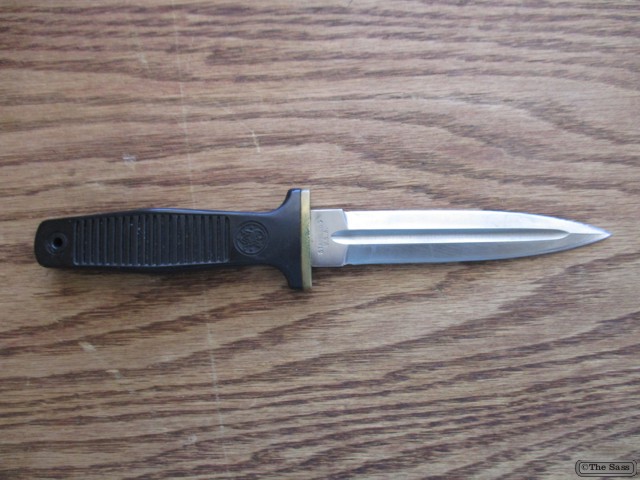