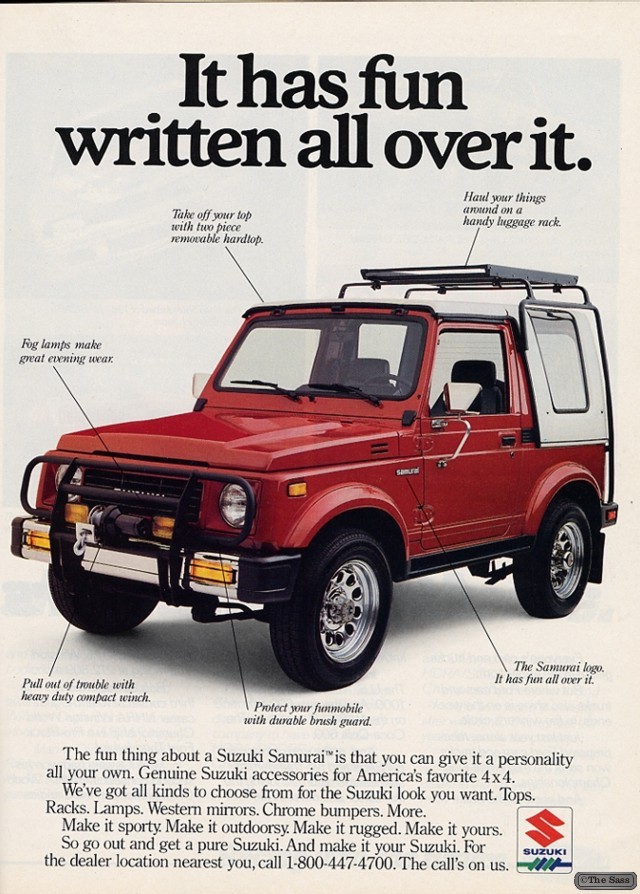 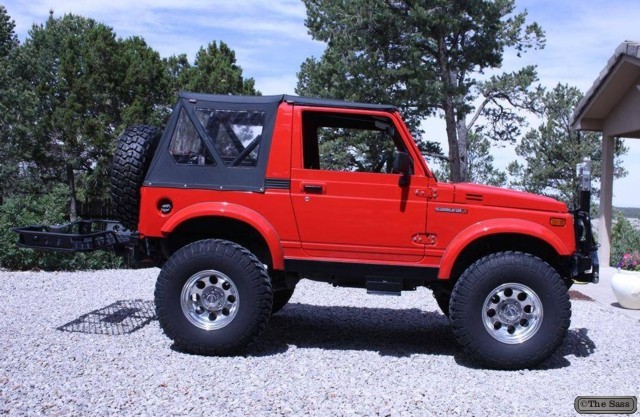 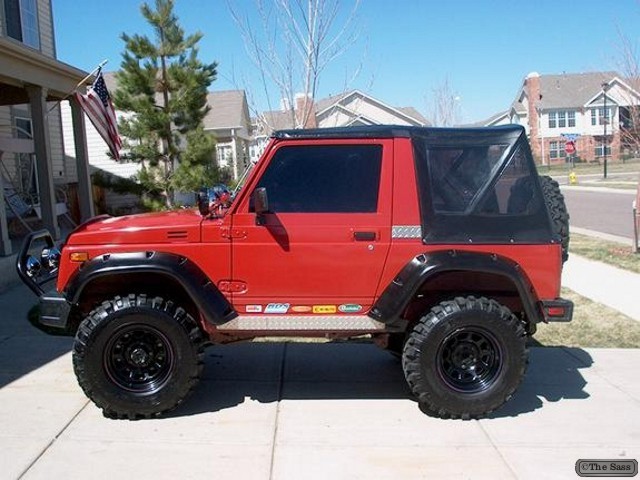 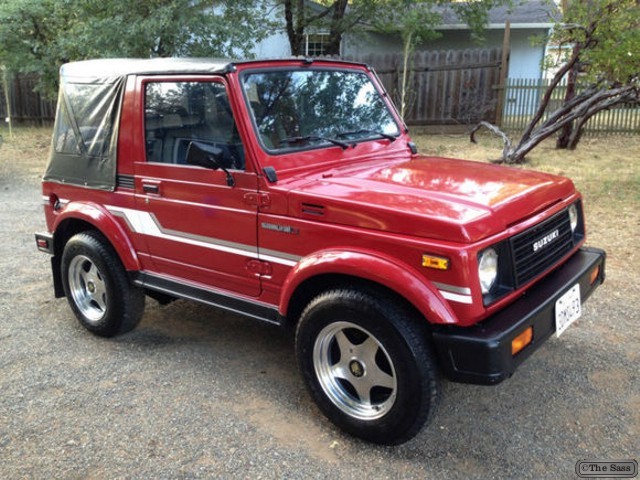 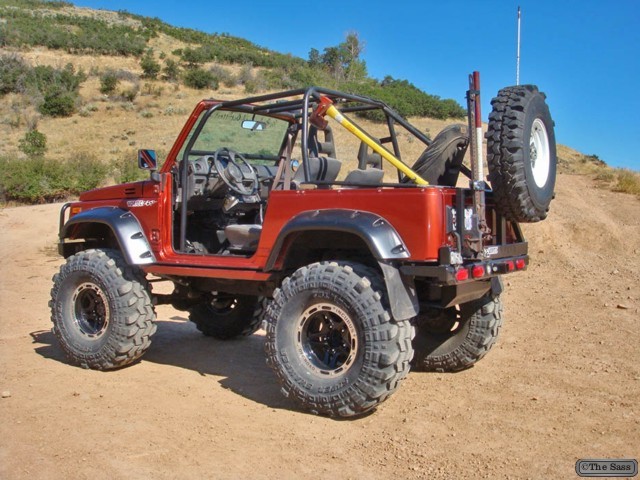 In 1984, the SJ was revamped with the launch of the SJ413 (internal model code JA51). The SJ413 included a larger 1.3 liter 4-cylinder engine, 5-speed manual transmission and power brakes (disc brakes on the front and drum brakes on the rear) all around. The body and interior were also redesigned, with a new dashboard, seats, and grille. The SJ410 remained in production for various other markets with the old specifications.

The SJ-Series was introduced to the United States (Canada earlier) in 1985 for the 1986 model year. It was priced at just $6200 and 47,000 were sold in its first year. The Samurai had a 1.3 liter, 63 hp (47 kW), 4-cylinder engine and was available as a convertible or a hardtop. The Suzuki Samurai became intensely popular within the serious 4WD community for its good off road performance and reliability compared to other 4WDs of the time. This is due to the fact that while very compact and light, it is a real 4WD vehicle equipped with a transfer case switchable 4WD and low range. Its lightness makes it a very nimble off roader less prone to sinking in softer ground than heavier ones. It is also considered a great beginner off-roader due to its simple design and ease of engine and suspension modifications.

The 1988.5 model Samurai was re-tuned for better on-road use in the United States. This revision included softer suspension settings and a larger anti-sway bar to reduce body roll. A lower 5th gear (.865:1 vs the earlier .795:1) increased engine rpm and power on the highway, and improved dashboard and seats made the Samurai more comfortable.

A new 1.3 liter four-cylinder engine with throttle-body fuel injection was introduced with 66 hp (49 kW) in September 1991. The Samurai was supplemented in Canada and the United States markets in 1989 by the Suzuki Sidekick, which eventually replaced the Samurai in 1995. The rear seat was removed from 1994 and 1995 Samurai models with rear shoulder safety belts becoming mandatory, and the partial roll cage not having the required mounting provisions, unlike the larger Jeep Wrangler. Low sales and pending stricter safety legislation prompted the withdrawal of the Samurai from Canada and the United States markets after 1995.

Posted in Car, Ghosts From The Past | Leave a comment